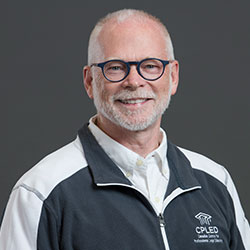 Don’s leadership skills have been exemplified through his work in streamlining business processes that meet local, provincial and national demands of key stakeholders in the legal profession. His passion for an accountable, responsive and proactive association has led to many successful initiatives that have raised the profile of the Law Society of Alberta, and Alberta’s legal profession in general.

Don has also been a leader on the national stage through his involvement with the Federation of Law Societies of Canada, playing an instrumental role in developing the National Mobility Agreement, which provides for Canadian lawyers to work, almost unconditionally, in other Canadian provinces. His work has included professional competence, national and international lawyer mobility, and governance of the legal profession.

Don’s career spans more than 20 years of association management. Before joining the Law Society of Alberta, Don held a number of senior positions at the Law Society of British Columbia, most notably as Deputy Executive Director, where his talents were instrumental in implementing an advanced technology aimed at providing a high service, fully integrated membership resource program, the first of its kind in Canada. 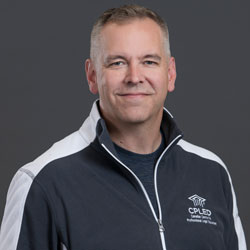 Tim was appointed Executive Director of the Law Society of Saskatchewan in January 2017 to lead a staff of 30 and oversee, facilitate and guide a leadership policy board of 23 ambitious Benchers, guiding the direction and regulation of Saskatchewan’s legal profession in the public interest.

Tim has practiced law in Saskatchewan for over 25 years and has gained a wide range of experience in both large and small firms, government and the legal aid system. He owned his own law firm and has acted as an adjudicator on tribunals. In private practice, he practised criminal law, initially as a Prosecutor and then as a Defence Lawyer. Tim was Counsel with the Saskatchewan Lawyers’ Insurance Association for five years before becoming Executive Director at the Society. 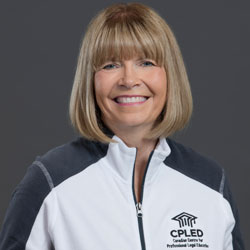 Kris was called to the Bar in Manitoba in 1983 and practised civil litigation in private practice until joining the Law Society in 1998 as General Counsel, later serving as Senior Counsel. During her time at the Law Society of Manitoba, she engaged in a broad range of regulatory issues locally, nationally and internationally. She frequently presented on regulatory issues and professional ethics and responsibility and taught Ethics and Professional Responsibility both at the University of Manitoba and at CPLED. 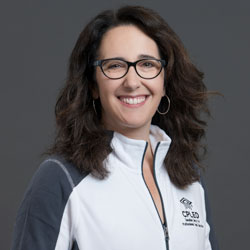 Cori is the Deputy Executive Director and the Director of Professionalism & Policy at the Law Society of Alberta.

After being called to the Alberta Bar in 1996, Cori practiced law as a civil litigator and then worked as Legal Counsel to the Court of Appeal for several years. Prior to joining the Law Society of Alberta, she was the Director of Recruitment and Professional Development in the Calgary office of Dentons LLP where she was responsible for all aspects of student, associate and income partner career development including hiring, training, evaluation, coaching and compensation. During her time at Dentons, Cori was active in developing pro bono and diversity initiatives for the firm, including an Internationally Trained Lawyers Program. 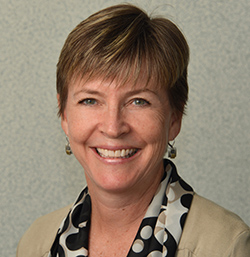 Leah has served as the Law Society of Manitoba’s Chief Executive Officer since January 2021, bringing with her 21 years of experience in professional regulation. Leah is leading the work of the Law Society with a focus on equity, diversity and inclusion in the legal profession with a particular interest in Indigenous lawyers. The current strategic focus also includes improving and enhancing the competence of lawyers, increasing access to justice and increasing awareness of the public protection mandate of the Law Society.

After being called to the Bar in Manitoba in 1991, Leah practiced in the area of civil and commercial litigation, insurance and employment law with Thompson Dorfman Sweatman LLP. She joined the Law Society of Manitoba’s Discipline Department in 1999 and held various positions with the Law Society before she was appointed the Chief Executive Officer. 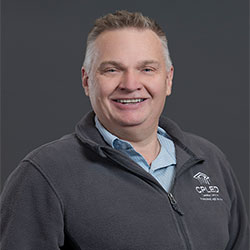 Mr. Melnyk was born and raised in Edmonton where he obtained his Bachelor of Commerce degree in 1985. After completing his law degree in 1990 at the University of Alberta, Mr. Melnyk began practicing law in Red Deer, and has been an active member of the Bar since 1991. He is currently a partner with the law firm of Warren Sinclair LLP.

In 2017, Mr. Melnyk was the recipient of the Distinguished Service Award from the Law Society of Alberta and the Canadian Bar Association (Alberta Branch). In 2010, he was awarded the Prism Award for outstanding commitment to pro bono legal services in central Alberta. He is a current member of the Family Law Rules Advisory Committee. In addition, Mr. Melnyk has been a chair and presenter at Legal Education Society of Alberta conferences dealing with family law.

Mr. Melnyk has also been an active member of the community where he has been the Run Director for the CIBC Run for the Cure, Canadian Cancer Society since 2016. He is also a past board member with the Heart and Stroke Foundation in Red Deer and an ongoing volunteer with the Festival of Trees (fundraiser for the Red Deer Regional Health Foundation). 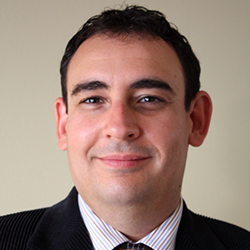 Dr. Morpurgo is an accountant by trade who gives back to his profession through teaching and mentoring students in the field. He is a fellow Chartered Professional Accountant (FCPA, FCMA), who received his Doctorate of Business Administration from Athabasca University in 2015, a Master of Business Administration in 2002 and a Bachelor of Commerce degree from the University of Alberta in 1994.

Dr. Morpurgo currently develops, maintains and delivers Accounting courses at various institutions around Canada, including the Shannon School of Business, where he is an Associate Faculty Member and Athabasca University, as an Academic Coordinator. He also works as an Online Facilitator with the CPA Western School of Business for the CPA Professional Education Program. Dr. Morpurgo previously held full-time and sessional teaching appointments at the Selkirk College, Northern Alberta Institute of Technology (NAIT), the University of Alberta and MacEwan University.

He has also been an active member of his community, where he previously volunteered as a Board Member with Alberta Avenue Community League and the Theatre Prospero Association. Dr. Morpurgo was a Member of the National Board of Examiners with CMA Canada and resided on various committees and task groups provincially and nationally. 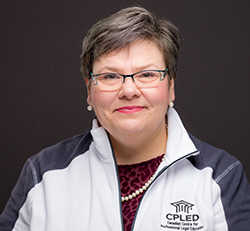 Jackie is the Acting Executive Director of the Nova Scotia Barristers’ Society.

After being called to the Nova Scotia Bar in 1988, Jackie practiced law with Buchan, Derrick and Ring in Halifax, Nova Scotia. During her time in private practice, she was a litigator, working primarily in family law and public interest litigation. She appeared in the Supreme Court of Canada with Anne Derrick in R. v. Morgentaler in 1993.

Jackie joined the Nova Scotia Barristers’ Society in 1995 as an instructor for the Skills Course. She has held various roles within the Society, including Director, before being appointed the Acting Executive Director in 2021. At the Society, Jackie has been involved with the implementation of the Legal Profession Act, the new Civil Procedure Rules, the legacy Bar Examination, the Land Registration Act education, and the inception of the Legal Services Support regime, as well as the implementation of the Practice Readiness Education Program (PREP). Jackie is involved with the Ad hoc Advisory Group for the Fair Registration Practices Act, the Admissions and Education Counterparts committee of the FLSC, and is past President of ACLED (the group of admissions and education directors across Canada). Over the years, she has sat on many committees and working groups related to the practice of law.